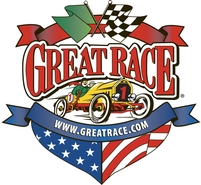 Click on the logo to find out more information

The Great Race, sponsored by Hemmings Motor News, Hagerty Drivers Club, Reliance Carriers, Inc, and Coker Tire, is coming to Medina on June 21, 2022. The event was started in 1983, and it takes its name from the 1965 movie The Great Race, which starred Tony Curtis, Jack  Lemmon, Natalie Wood, and Peter Falk.

The Great Race is the country's oldest, longest running, and richest vintage automobile event.  This year's 9-day, 2,300-mile adventure begins in Warrick, Rhode Island and finishes in Fargo, North Dakota. The event is free to the public and has a Spirit of Americana theme. The race will bring 120 vintage Great Race vehicles from all over the world to the Medina Square on June 21, 2022, between the hours of 12:30pm and 3:30pm. Teams come from around the world driving vintage cars older than 1974, with most entries manufactured before World War II, are challenged by this grueling race. 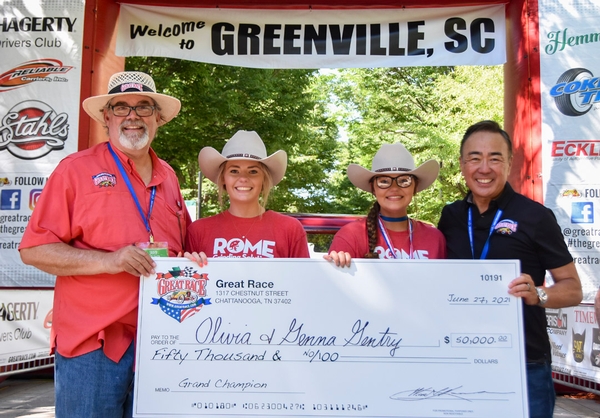 The Great Race is not a speed race, but a time/speed/distance rally.  Each vehicle's driver and navigator are given precise instructions daily that detail every move down to the second. They are scored at secret checkpoints along the route and are penalized one second for each second they are either early or late.  They also have to deal with whatever the weather offers, stopping for gas, and dealing with other vehicles on the road. The teams with the lowest score win, and participants are vying for a piece of the $150,000 purse. 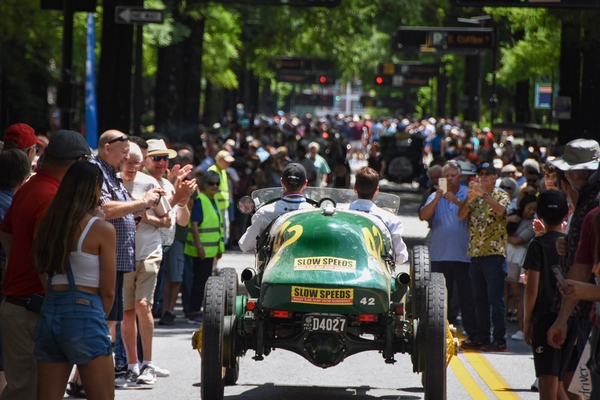 On June 21, racers will leave Erie, Pennsylvania one minute apart and be taking back roads for the race. They will be coming into Medina County through Hinckley, taking Route 3 (Weymouth Road) into town. They will arrive at the Square via East Liberty Street, ideally one minute apart, starting at 12:30pm. The cars will park around Medina Square, which will be closed to thru traffic during the race. While drivers and navigators take a brief rest and have lunch, the public may view the cars close up.

During the hours of 1:30pm and 2:30pm, the cars will be both arriving via East Liberty Street and leaving via West Liberty Street for their next destination, Perrysburg, Ohio.  There will be great opportunities along the route to see the race in action. The biggest part of the challenge, other than staying on time and following the instructions, is getting an old vehicle to the finish line each day.

Plan to make a day of it and come to Medina for the race, dining and shopping.