CLICK HERE TO VIEW A VIDEO OF THE ANNIVERSARY CELEBRATION 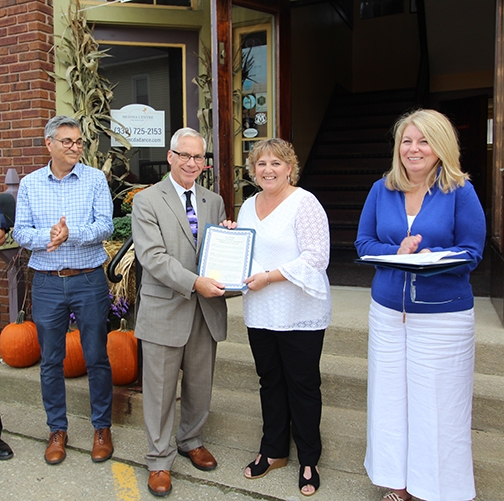 Medina Mayor Dennis Hanwell presents Medina Centre for Dance
Art owner Kelly Parks with a proclamation from the city in celebration
of the business's 20th Anniversary. 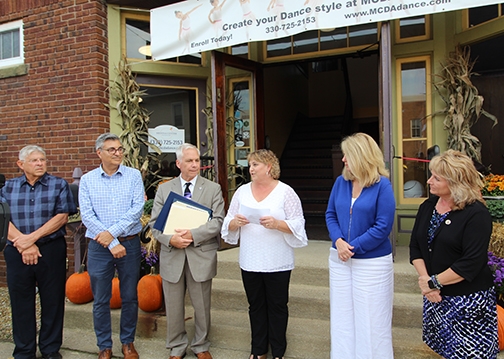 Owner Kelly Parks thanks family, teachers, and students for their
support in the success of the studio, located at 129 North Court
Street. 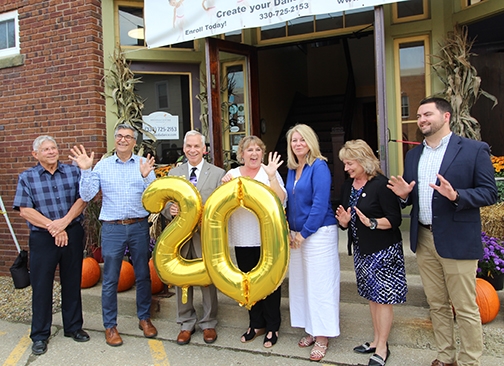 Dignitaries join Kelly in "jazz hands" to celebrate the event. 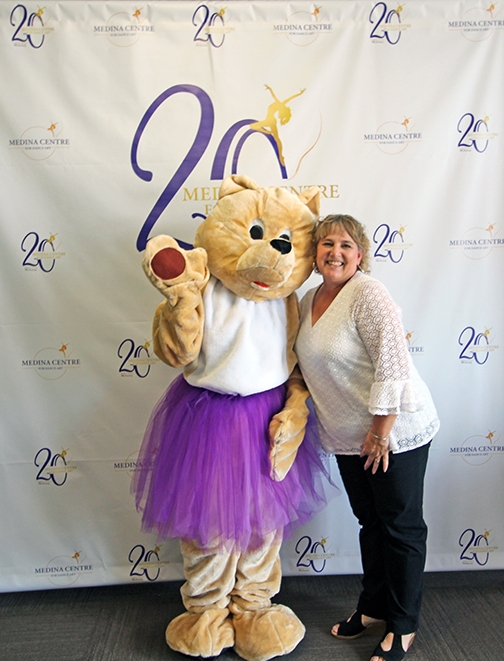