The City of Medina is looking for qualified contractors to participate in our Community Housing Improvement Program (CHIP) Grant program.  For more information or to make an application click HERE

The City of Medina is looking for qualified contractors to participate in our Community Housing Improvement Program (CHIP) Grant program.  For more information or to make an application click HERE

At approximately nine o’clock in the evening of April 11th 1848 the cry of fire rang through out the Village of Medina. The people of this great Village were unable to find any ladders which made it impossible to get water onto the blazing roof of the Mechanic’s Block, very near Castel and King’s store. The town’s people worked franticly to put out the fire but the wind was not their friend that evening as it quickly spread the fire from one combustible wooden building to the next until fifteen buildings had been destroyed.  It was reported in the April 13, 1848 addition of the Cleveland Herald that” if we had a good engine, all east of Court Street could have been saved; but as it is, there is nothing left but smoking ruins. – Really our town presents a gloomy appearance.”

Twenty-two years later, all most to the date, on April 14th, 1870 the cry of fire once again rang through out our village. It is believed that the fire started in an old wooden building occupied as a barber shop and home to several families, and was located in the center of the business part of town. As we still had no fire department, the village relied on the members of the community to supply buckets and ladders to combat the blaze. When the smoke cleared, Medina had lost over twenty buildings on the square totalling $200,000.00. in damages.

It was not until after the Empire Block fire of 1877 that Council, under great pressure from the community, finally approved the beginning of a fire department and purchasing of much needed fire equipment. 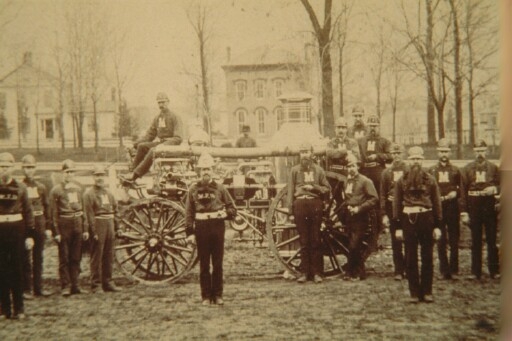 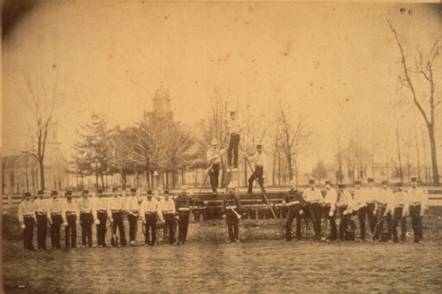 If you would like to learn more about our history or share news articles, photo’s or stories of the Medina Fire Department or fires within our community please contact our 2nd Asst. Chief/Fire Marshal Crumley at 330-723-5704 or by email at mcrumley@medinaoh.org